What to do with all your rhubarb!

So much Rhubarb you don’t know what to do with it?

We at Sturdiwheat just love the stuff. Read our favorite rhubarb stories and recipes here! 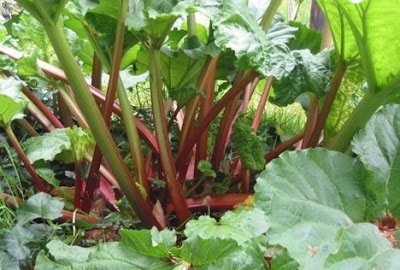 “As kids we would go out to the rhubarb patch with some sugar in the bottom of a coffee cup, pull a rhubarb stalk, dip it in the sugar and take a bite! Ohhhh that sweet and sour taste I can remember to this day! Loved it!”

“Last night a friend brought a favorite rhubarb dessert to our poker night: baked, only slightly sweetened rhubarb on a buttery crust under a meringue.  Next week, I anticipate hearing the call from another friend for her wonderful rhubarb custard pie. My own rhubarb will be baked under a crisp topping and eaten with vanilla ice cream at least once.  Then it is time to try new the new recipes I find each year. Tarts, muffins, jam.”

“Yum!  I might make crisp today,  I was browsing these a few days ago from Martha  http://www.marthastewart.com/275393/rhubarb-recipes” 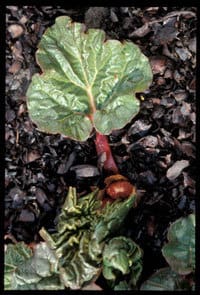 Grow rhubarb in your own garden.

If your rhubarb was frozen during our recent Midwestern cold snap, you may want to cut it back and wait for healthier regrowth. The potential health risk that is in the leaves and roots of rhubarb can be forced into the normally edible stem by severe cold. Read more HERE.
For more information and tips on growing rhubarb in YOUR garden, here is more from the University of Minnesota. Click HERE.

Rhubarb is also called “pie-plant,” because the chopped stalks are often cooked, sweetened, and used as a pie filling, often with strawberries or apples. It can also be incorporated into breads and cakes, sweetened and used as a sauce, or cooked with sugar and strained for a refreshing juice. Few people can eat much rhubarb as a raw vegetable. While juicy and crisp, it is very sour. Different varieties have varying levels of sourness and fibrousness, and they also vary in color from almost pure green to almost pure red. Usually the skin is more or less red, while the flesh color varies from pale to darker green. Flavor is not correlated with color. Redder varieties are particularly desirable for pies, because the color of the filling is more attractive than the grayish color of cooked green varieties.Plant stature and vigor also vary among varieties. In general, greener varieties are more vigorous and have longer stalks than red varieties.

Rhubarb plants can be very large, with a single plant able to provide enough for a family. Each plant should be allowed a three-foot by three-foot area in the garden. For most gardeners, it’s most convenient to position rhubarb at the edge of the garden. It should be in a spot that receives all-day sun. Rhubarb is hardy in USDA Zone 4, and worth trying in Zone 3.

Rhubarb plants are often acquired from another gardener who is dividing a large plant. Although there is a possibility of receiving a plant infected with a virus, chances are good that the plant is healthy and vigorous, since it is large enough to need dividing. Plants can also be purchased at garden centers and from mail-order catalogs; nursery-grown plants will be virus-free.

Rhubarb seed is also sold through catalogs. The reddest varieties are not available as seed, only as plants. Start seed indoors six weeks before the last frost date for your area. Cover the seed lightly, keep moist, and supply bottom heat to improve germination and seedling health. It may be two or three weeks before seedlings emerge. Harden plants off for at least a week before planting out in the garden.

Prepare the soil by tilling or forking to a depth of at least two feet, to allow the new plants to root easily. Add plenty of garden and kitchen compost or composted manure to increase organic matter, improve drainage and supply nutrients. It’s best to prepare the soil and let it settle for a few days before planting, so that newly-set plants don’t end up too deep.

Pies, crisps, cakes, jams or maybe wine! Whatever or however you  decide to use your rhubarb (or the neighbors’) it is delicious.

Sturdiwheat Apple Crisp Topping Mix makes an easy dessert and a simple way to use your rhubarb. 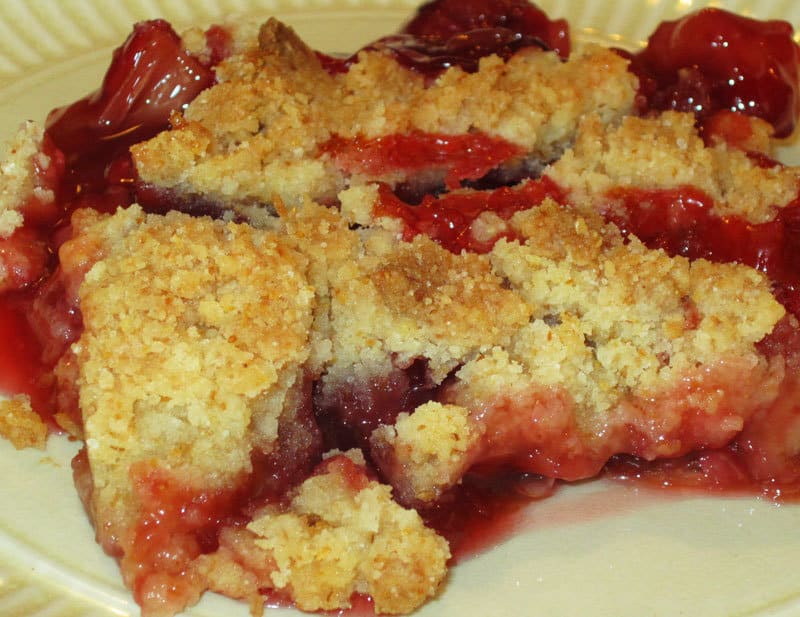