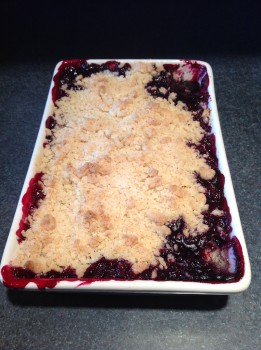 Over 200 million pounds of blueberries are grown every year in North America.  Michigan and New Jersey produce 66% of all the blueberries in the United States, followed by North Carolina, Oregon and Washington. (2010)

Did you know…..that early American colonists made grey paint by boiling blueberries in milk.

The blue paint used to paint woodwork in Shaker houses was made from sage blossoms, indigo and blueberry skins, mixed in milk.

The Blueberry is the official state fruit of what state? North Carolina, Maine and  New Jersey all claim them!

For over 80 years, Sturdiwheat has been committed to providing you high quality mixes made with premium grains that have outstanding flavor. We are taking all necessary precautions to keep everyone healthy and safe in this time of uncertainty.

We are here for you!!

We appreciate your continued business.